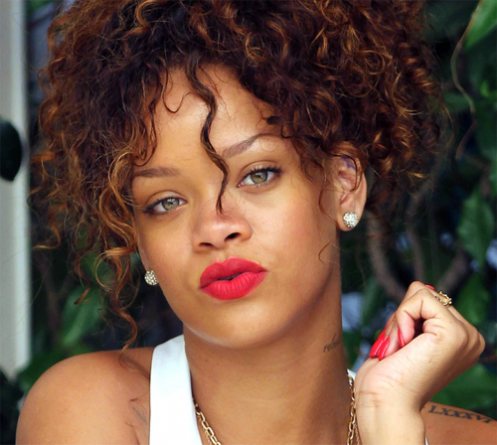 So, in a weird offbeat story, it seems someone got the herp from some Rihanna-branded lipstick. Rihanna’s gig at the Barclays Center on May 7th involved the concert’s “officially endorsed” MAC Cosmetics pop-up shop. Someone who was working the booth didn’t seem to remember that you have to apply fresh lipstick to each person’s mouth to prevent the entire population that patronized the store from essentially making out. They didn’t change out in between people and supposedly a 28 year old waitress woke up with a big-ass oral herpes sore on her lip 48hrs later.

While that’s going to be fucking hard as hell to prove, it’s tragically hilarious you can go to a concert, not hook up with anyone and still get oral herpes. The woman is suing for damages and the local news media have jumped on it. Some Saturday lulz for you.