This Monday night, I’m coming at you with a recent tour video for Ayah Marar’s new single, ” Keep Me Up.” Ayah Marar was one of the first famous people to interact with me on twitter when I was starting out blogging, so I’ll always have a special place in my heart for her. She didn’t have to take the time to give me big ups from the UK, but she did. Her slick drum & bass meets rave production is off the charts and she brings a gorgeous edge to the usually ‘ard community.

The video has her flying from place to place, not in a jet, but just kind of grinding the gigs out. It takes a lot of bravery to be a lady and get shot as an artist without your makeup and putting it on camera, but she does it with effortlessness and goofy grace. Plus the song’s hot. So get at her. Metrik does great work on the production end, so it’s a match made in heaven. Ms. Marar is ever so occasionally in NYC, so don’t miss her when she is. Much love from Gotham. Hang tough y’all, Monday’s over.

The link above contains Michael Jackson singing & beatboxing the multiple layers & harmony of Beat It. Because, when you hear it in your mind the way he did, you can create it the way he does. Explaining the lines and really understanding where each sound needs to go is something I always welcome. Not much to say besides hit that up & enjoy your weekend.

I love the Bloody Beatroots. Like, I really do, and he took some time make this with Mixmag. The story of House music in 8 minutes, featuring the people who made it happen. Gorgeously cut and edited, I’m super glad Mixmag is doing this. Can’t wait to see what they tackle next.

Nicolas Jaar has teamed up with Sasha Spielberg to create a potent 7 minutes of ethereal but persistent re-workings of Avalanche. There’s a slow, plodding, but potent & organic feel to the track that blends with Daughter Spielberg’s soft vocals. This is an interesting & playful collaboration that’s good for pre-club drinks or a Sunday. Enjoy! (via FACT)

Someone owes someone some money in your party group. Green Velvet released a new track as part of their new compilation that’s dropping. Shake It, a collaboration with Harvard Bass is pure techno goodness, driving 4:36 of old school relentless synthy bass pounding into your nostalgic faces. I can’t say I’ve ever heard of Harvard Bass, but if you’ve gotten Green Velvet’s attention, then good on you my friend. (via EDMTunes)

So, apparently in Madison, WI, a woman got so mad at some DJ’s track choice that they not only assaulted the DJ, but destroyed his headphones, laptop and microphone. And, just in case you didn’t think that was bad enough, the Typhoon of Ruin is still at large. Watch your back road warriors. Also, don’t play Levels. Not because she’s out there, just because Levels.

Wu-Tang’s next album will be sold in an extremely small run. Total number of copies? One. That’s right. Forbes released a piece detailing the purpose & aims, which can be found here. Apparently, the album will never be released in digital format and will only be available to be heard at festivals, galleries, museums and showcases, as if a traveling painting. I cannot over-emphasize how much I like this idea (with Bob Lefsetz) backing me up. The buzz created just from the Forbes article is enough that it’s worth the action. This will be one of the most sought-after works in the world. I’ll pay $30 to go listen to it after giving up my cell phone & listening in sponsored Beats headphones or something, so will everyone else. Or, I’ll just listen at Coachella or Electric Zoo. Is there a Wu-Tang Booth somewhere at Miami Music Week? We’ll find out. 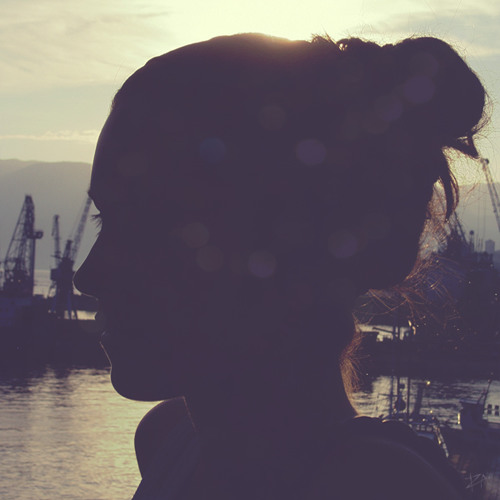 Galimatias is definitely one of my artists to not miss this year, and this track reminds us all as to why. The smooth, deep house combined with just a touch of UK garage sounding beats to mellow out your evening. Galimatias. Remember the name when they open for Disclosure. You heard it here first.

Diplo is world famous for combining dirty dancing & beats, and has been doing so since Miley was still in elementary school. However, it seems he’s got his sights set on taking care of the kids he’s become a hero to, and not just the ones who send him snapchat #twerk pictures. Diplo is partnering with Mark Cuban to generate a new kind of RECESS. From the RECESS Site:

RECESS IS A MUSIC + IDEAS FESTIVAL THAT BRINGS TOGETHER SUCCESSFUL ENTREPRENEURS, THE COOLEST NEW STARTUPS AND THE HOTTEST ACTS IN MUSIC TO INSPIRE THE NEXT GENERATION OF WORLD CHANGING ENTREPRENEURS.”

While I’m not sure I can support the idea that dance music, traditionally anti-corporate & anti-consumer, is now being paraded around during an entrepreneurial/capitalist Jamboree, I’ve got no problem with college kids getting a little more employment-directed education, networking & insider access instead of just hanging around playing Madden on a Saturday while you wait for the DJs to show up for the party. Combining a pitch room, idea filtration down to a national competition and a phat party at the end of it is an idea I wish I thought of, and with sponsorship from companies like Indiegogo, This Song Is Sick & General Assembly, some good might come out of the CashMoneyInterns Tour yet. (No, that’s not the real tour name, but it so should be)

Always aim for Biblical my friends. Always. (via Laughing Squid)