Original Content. Fresh from 2014. Leg picture posted by diplo originally of course. Because he’s on that Social Media game son.

This is one of the most important posts about dance, drugs, EDM and harm reduction you’ll ever see. The Festival Lawyer spends time explaining the history (if you don’t know what the “crack house statute” is, get to reading) of the law and how it’s helped to shape the modern EDM/festival era here in the USA. There’s way more info out there, but this needs to be shared widely and read by anyone who cares about dance music or seeing any of their favorite DJs ever again without the insane security/bullshit associated with Electric Zoo this year.

Join The Festival Lawyer, Showbams and a new coalition called Amend The Rave Act (ATRA) to make Festivals safer for everyone.

The “RAVE” Act stands for the “Reducing Americans’ Vulnerability to Ecstasy Act”. It’s a federal law that might win the title for “most misnamed law ever” since instead of reducing young people’s vulnerability to the drug it has greatly increased ecstasy’s danger at festivals and raves.

Through a series of unintended consequences, the RAVE Act has made festivals much more dangerous places than they need to be. This year alone, two people died and about 20 were hospitalized at the Mad Decent Block Party in August in Maryland. There were also drug-related deaths at Electric Daisy Carnival in Las Vegas and at LA’s Hard Summer festival.

One of the best kept secrets of the internets for future-minded music.

I was tipped off to this soothing & upbeat tune by V/Man, an authority over at FreshNewTracks. I am a huge fan of the lack of English, and the beauty of the French language is on display here. The deep vocal vibes are complimented by some choral beats & a funky guitar. I’ve talked about Glastrophobie a couple of times and I’ve gotta say, I keep coming back to the competence & orchestrally styled composition. There’s a sense of harmonies here that you don’t find in most producers of his stature, and I cannot thank him enough for it. Put it into your face and gear up for the next week ahead of you.

One of my truly favorite rising star artists, TheFatRat has returned. I’d been lamenting the lack of an original release from this guy for way too long, and the waiting is finally over. There’s a scintillating competence in TheFatRat’s production that can’t be matched. The chip/glitch/electro has some serious spunk without getting too heavy or serrated. The track continues the irrepressible positivity of TheFatRat’s sound, which I could not support more. The vocals arrive when they need to, and they receive the same extravagant treatment as his beats. There’s a soul to TheFatRat that I can’t wait to see expand as people discover this MUST LISTEN track. (Artwork by jordangrimmer.deviantart.com)

Thanks to my people over at EDMTunes for the tip on this one. InDeep is fast becoming a must follow presence online. Their Deep House vibes are quite potent and I’m not sure when they’re hitting NYC, but it can’t be soon enough. My Digital Enemy pushes out a solid hour of deep grooves. The mix stays consistent, and it’s a great little thing to throw on while enjoying one of the last nice weekends of the year (for the Northern Hemisphere anyway). Get at it and show some love to My Digital Enemy for the great work they put in. 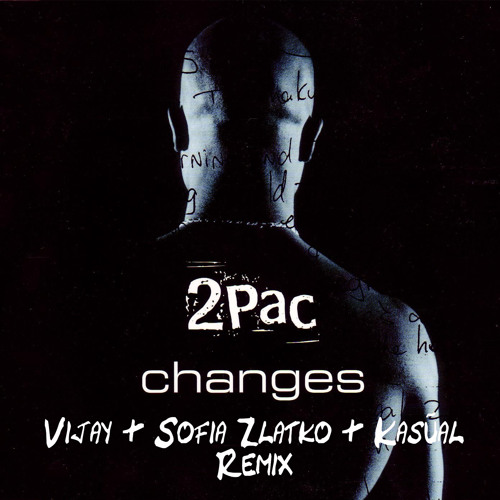 My boy Brockelbank tipped me off to a great track that EDMTunes dropped today. This collaboration between Vijay, Sofia Zlatko & Kasual is a winner. Frankly, I have a low tolerance for disrespectful 2Pac remixes, as “California” and “Changes” occupy a very precious piece of my musical heart. Thankfully, it’s done exceedingly well, and the track has a deep & almost tropical vibe to it. The focus on the vocals that we seem to have forgotten, hip hop with meaning, is a great choice, with the emphasis on 2Pac as it should be. The track is a Free Download and definitely makes me excited to see what this Zlatko pair & Kasual are up to next. I could use some more reworked hip hop in my deep house sets.