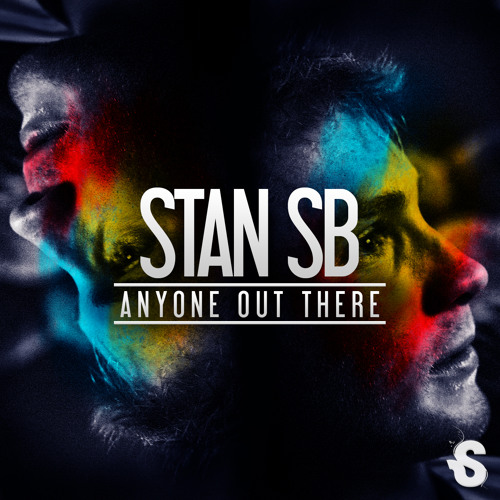 This week, I’ve got this tight little EP that I am kind of excited about. I am a big fan of non-EDM genres pulling in beats and other elements from trance, drum & bass, techno, dubstep, etc, but I get very sad when I hear good beats being wasted on bad pop. This kid got dropped on me by MrSuicideSheep, and I dashed for the EP. I wasn’t really sure if the single was just a random track or the sound. Boy was I in for a treat.

This is one of those sounds that makes me wish I was back in high school. Angsty, soulful, with some bouncy auto-tune in his voice and a broken heart on his mind, there’s quite a lot going on here. It sounds as if Pendulum had a kid and it listened to Simple Plan & Brand New. As weird as that sounds, it’s actually a heavy compliment. Not only does the drum & bass rock, but it puts a spin on the pop punk I’ve been hearing on Z100 since Blink 182’s second CD. There’s a freshness to using these beats as opposed to some derivative chord/bass work that we’ve all heard before. And I think the EP reflects that.

It starts off with a track called “Dead,” Now, to be fair, there’s a lot of “I just got dumped” in this EP and the first track lays it on pretty thick. Unlike a lot of whiny middling guitar work however, Stan SB drops some amazing triumphant drum & bass as the backbone to the sound & the chorus rocks back into your face hard. There’s just a touch of “things will be ok” paired with some of his more maudlin lyrical rifts & rhymes, but it definitely is trying to earn a spot on the commute mix of the annoyed, recently single kid in the UK who needs some phat beats to get through the week. Here’s looking at you kid.

“Flat Foot Face” continues the theme of the album, which thankfully never gets too old or whiny. There’s more focus on his non-auto-tuned lyrics, which is helpful. Auto-Tune is used quite a bit on the album, and if I didn’t have at least this track hearing some non-mixed vocals, I’d be concerned the kid has no actual chops, but there’s some decent stuff there. Then, it breaks into this really massive, electro-steppish sounding stuff that’s got an almost confusing amount of pop appeal. It reminds very strongly of the breakout “Too Close” by Alex Clare, except replacing soulful blues influences with a bunch of teenage punk. “The Process” pushes out this concept and and gives the EP a non-D&B/step track that solidifies him as viable in the pop scene, with some impressive rhyming & singer-songwriting, especially for a freshman effort from a kid who should be on his gap year. The chords/break on Process are pretty potent and remind us that the vocals are definitely in the backseat on this EP.

“Anyone Out There,” the titular track of the EP (I like saying titular) swings back in with that hyper-pop-punky angst, except with a lot fatter of chord & beat progressions and builds than the others. There’s this jazzy, poppy electro-y ramble that works really well over the Pendulum-y beats & vocals. And, considering Pendulum is one of the only groups I’ve paid to see in multiple cities, multiple times, that’s high praise in these parts. “We’re Alive” is the ostensible anthem of empowerment, contrasting the previous “woe is me” fest, and it brings a bunch of bro-steppy beats that are surprisingly non-abrasive. The track is definitely a rager, best used in the big room for the younglings under 24, but there’s a technical complexity to the synth work that really makes it fun to listen to. “Stratosphere” is a much dreamier track, or as much as you can be comparatively. There’s a lot of really great stuff here, and I can’t wait to hear a mix or a live set from this kid. He’s in a great little sound space and there’s a lot of work to be done in that sub-genre. Tally ho Stan.

You'll make it. You will, no other possibility. #ominouspositivity