With summer creeping up on us, event producers have begun to come out of hibernation, yawning & flexing their dope party muscles. The Day-into-Night party is one of those things NYC club kids & burners look forward to all year. I managed to find a day-into-night event for you Saturday, showcasing a new Bushwick space that includes a big backyard and cavernous dance floors, for under 70 bucks. 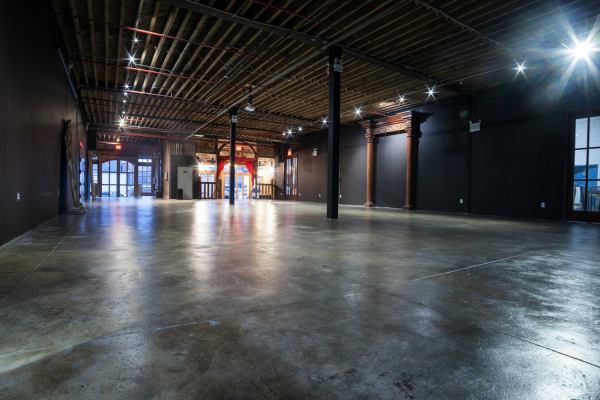 Bespoke Musik made its name on a series of legit parties at Cielo, Lot 45, Verboten (pours one out) & an amusing set of boat parties out on the water. Not bad for the peeps who made their debut at ADE’s Studio K last year and showed up in a very competitive pack of producers. They’re quietly helping to fill out the post-EDM space here in Brooklyn, especially with Burning Man camps not named Kostume Kult disappearing from the monthly party universe. Deep, techy, funky, smooth house & just a dash of techno, giving the day party crowd exactly what it wants from now until Halloween. Custom sound systems, big dance spaces and many hours to abuse your FitBit grooving to top notch talent from all over the globe.

Andhim‘s doing 2 sets at the event, one in the early evening & one at sunrise. Hopefully, between the two you’ll find a dose of his understated yet peppy and smart house that satisfies. The more production groups like Bespoke Musik & Treetops bring German DJs across the pond, the better we’ll be.

Henry Saiz needs no introduction. Serious Face. I could go on about his storied, globetrotting DJ career & masterful releases from his home in Madrid. But that would absorb time that you could be spending listening to his Best of 2015 mix. The sonic perfection that he ushers forth should be something I’m not introducing you to for the first time, but if I am, you’re in for a rare treat. Henry Saiz‘s set is the unmissable one of the evening, so make sure you’re there when he hits his stride.

Dauwd from North Wales, continues the deep, techy, housey train. A producer and DJ of equal merit, this kind of vibe is exactly what May needs to get going. The smoothness of his influence blending is on full affect in Saleh, and his Soundcloud has a pile of originals and remixes. I’m hoping to hear several during his set.

Speaking of Bespoke Musik at ADE 2015, here’s one of the sets from it, thanks to the Impresario Baez. I’d not heard of Baez before, but you bet your ass his Soundcloud was bomping for hours thanks to this preview. There’s a shimmering competence to his mixing that I wish more DJs would take note of. The set saunters along without a care in the world, just like I will be during his set on Saturday.

Speaking of The Mirage, here’s a delectable set from NSR, from The Deep. This kind of vibe rounds out the Day-into-Night impeccably, as 2015 showed us. These kind of global, minimal and technical riffs & chord choices can go a long way to keeping a dance floor happy for hours at a time. It’s easy to bore if you don’t know what you’re doing, and the discerning Brooklyn crowd will let you know if you are. However, I’m not entirely sure that’s going to happen come Saturday. This isn’t even all of the talent booked, but I can tell you’re already getting bored and have checked Facebook twice while reading this. The line-up is below & tickets can be found here, so plan accordingly. This is Terry Gotham, see you on the dance floor.