1. How is 2014 ending out for you? Any crazy summer stories or projects started early on that are coming along nicely? I don’t even know where I could possibly begin. There’s so much going on right now, I have so much music about to come out. I have a television show in development with Red Bull, a lot of things.

2. Do you have a favorite sized crowd that you like to play to? Hotel room sized? Ampitheater? Somewhere in between? I mean, to me, it doesn’t matter how big the crowd is. It never has. I’m just as comfortable playing to 10,000 people as I am to 10. The way I see it, if somebody is going to go the distance, of driving from somewhere far away, like proper ravers do. Then, they deserve the complete show. It doesn’t matter if it’s in a club and it’s not particularly packed, or if it’s a particularly crazy night. I think I deliver the same intensity in every situation. 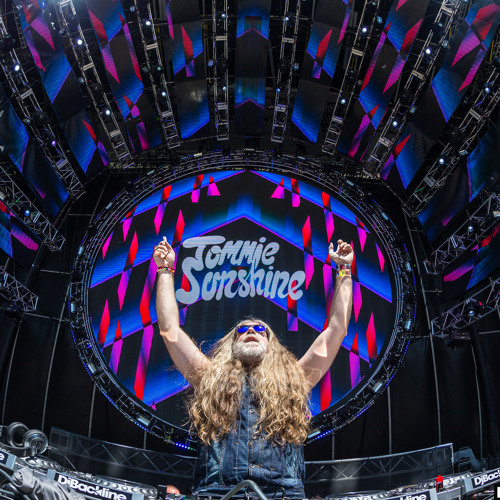 3. Was there ever a time where you were less public about your political beliefs? Have you always been as outspoken as now, or was there a “Fuck it” moment? I think that, as I’ve gotten older, that it’s important to stand up for yourself. I think that when I was younger I didn’t really grasp that. We’re living in a time where it is really pushed upon us that our opinion doesn’t matter, that our vote doesn’t count, that our voice isn’t heard. And none of that is true. That’s all lies. And if everyone believes that, then the status quo stays the same. If people learn how to stand up for themselves and be heard and use their voice, then change will happen. And I believe that’s coming.

Industry Tip; the world is watching your behavior so stop being an entitled asshole.

4. Are there any activist organizations or causes that you feel particularly strongly about, tangentially to music of course? I think it’s all very personal. I think you have to gravitate to what makes the most sense to you. Because, let’s face it, we’re all very different people. I’m a vegetarian, so to me, anything involving animals is a really touchy subject. But to the next person, they don’t care. And I’m ok with that, I understand that. I think you need to find what it is that really matters to you in your life, and then you can just seek out the organizations that support that agenda & do your best to support them.

5. Can you speak a little bit about what the aftermath of the RAVE Act was like in the scene for some of our younger readers who may not know what dance music culture in the USA was like then? It nuked the entire subculture. In one fell swoop, it completely destroyed the RAVE scene. It literally was like, one weekend there was a fully functional scene and the next weekend, there was nothing. Because nobody was willing to face those tens of thousands of dollars in fines & risk going to jail for what was a party. It was really interesting, because they really targeted Disco Donny. Who has his own thing now & works with SFX, but at the time, it was really bizarre. They were really trying to throw him in jail and it got really hairy. Luckily, the culture came together and it was EM-DEF, the Electronic Music Defense Fund, and they raised all of this money, so that Donnie could fight this case. I mean, he was facing 20 years in jail. That was pretty insane. Myself and a bunch of other people, a lot of other people, contributed money and helped him fight all of that. But it was a very crazy time, and just a 30 second backstory.