I arrived as the rain began to fall on Grand Street. The not quite summer evening tried to bluster against my DanceSafe hoodie as I stood in line for Treetops. This blossom of an event looked healthy enough from the outside, so after being processed through Paper Box security, I grabbed a Tecate and said made my way through the thickening crowd. This was to be a different kind of party. Something with less pressure & pretentiousness. It had the feel of a throwback or anniversary event, even though it was the first of its kind. As I watched friends catch up on things without using Facebook, Pony’s deep house oozed through the main room.
Pony’s achieved the status where it doesn’t actually matter when he’s performing. Opening, closing, not a problem, there will be a dance floor. Even at bewitching hour between 11:45 & 1 AM, when every party in NYC somehow goes from empty to full. The Herald of House kept the crowd grooving, guiding their Friday night. The two room structure worked well, with DirtyDecibels pushing out some compelling dirty house while people still had room to move. After running into some more old friends and giving the dance floors a whirl, the open air space called to me.
The sets worked off each other and you could kind of still hear the main room, so going out to grab a smoke never represented too much of a threat to your groove.  I wanted to take a minute to give special kudos to Duane Harriott for his incredible set. Honestly, the side room from 1-3 was going off. I don’t ever hear competent fusion between hip hop, techno & tech house, but he was making it seem effortless. The room got down to it like this was a genre of music they listened to every weekend, like brolectro or top 40. The nuance associated with this sound isn’t basic, to say the least. I spent far too much time bobbing between his & the main room where Christian Martin was reminding everyone why they need to get their dirtybird BBQ tickets. This guy is known the world over for his techy but soulful signature house, and the crowd definitely agreed. 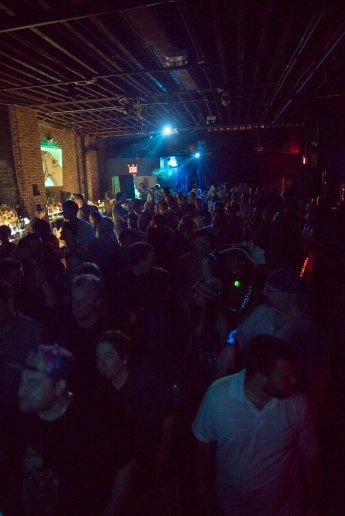 The hour was upon us. Mat.Joe in the side room with The ScumFrog laying down main room muscle. I’m not going to get into the technical mastery Scumfrog brought, or how Mat.Joe kept the other room jumping until after last call. That’s something that should be self-evident if you’ve read this far. Hit up their various social medias to review their dopeness if you need a refresher. The skill emanating from both rooms was plain to see and people were hanging around later than you could most places that evening.  That’s right, because the L train was busted, The Paper Box was open until 5 just to keep the kids safe until the trains started running again. 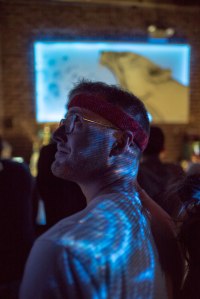 As I made my way to the door, I gave the room a once over and saw one of the producers doing what the best producers do. Crosschecking, roving, making sure everyone had a great time. We sure did man, can’t wait for the next one. In case you need further proof, check out this video shot by Jane Says Photography. That FOMO kick in yet? This is Terry Gotham, see you on the dance floor.

One thought on “What Lies Beneath: Treetops Shoots Through The Canopy.”