Ah Space Monkey. It had drifted out of my mind for a while, as psy-trance isn’t something we get a whole lot of these days in the Tri-state area. Psycheground & others are still holding it down, but the days of the all night forest raves several times a summer are gone, never to return. I’d needed to explain what this kind of thing sounded like, so I decided to send this to a friend. This, is some of the best UK psychedelic trance you can find ladies and gentlemen. 3min in, we get the greatest sample in the history of trance. JFK’s inauguration speech slammed into ridiculous trance music, and as you can hear, it totally works. Throw this on for your friends who think they know how to rage. I like it so much there’s some extra from him for you below. Enjoy!

If you’re not at OpenUp100 on January 31st, you’re going to be missing something very special. Simon Patterson, the trance genius he is, realized what NYC hasn’t had since New Years Eve last year. Astrix hasn’t been back since his legendary performance with Infected Mushroom at Best Buy Theater. Boy have we missed him. The Israeli psytrance guru has been knocking clubs & parties around here on the East Coast for over a decade (as my ticket to his performance at Nation in DC back in 2004 reminds me). He’ll be bringing his signature brand of hard trance & psy-trance to the stage of Slake, the increasingly crucial venue for people who can’t tolerate big rooms here in NYC. Here’s one of his better progressive & psy mixes to sink your teeth into.

It’s hard to introduce Simon Patterson properly. When you’ve had 17 straight Beatport #1 releases, explaining how dope your sound is can get kind of tiring. Open Up has become one of the most listened to DJ podcasts, especially in the trance & psytrance arenas. This guy is going to do some amazing work on the 31st, I have no doubt in my mind. As a vintage (read: old) fan of this tempo, space & genre of music, I’m gonna be raging hard all night. If you can’t figure out why, check out his mixes here:

Get tickets here and I’ll see you guys there. This is definitely going to be one for the record books. Psy is so hard to come by in NYC & if you’re into the genre but haven’t heard either of these headliners play live, you owe it to yourself to check this out. Just in case you don’t believe me that this is a match made in heaven, check out a collab between Simon & Astrix. It is some potent psytrance, and that’s what I know we’re going to be served up all night at Slake. Esscala has been killing it with these bookings lately, and this event is going to ensure they start 2015 with a bang. 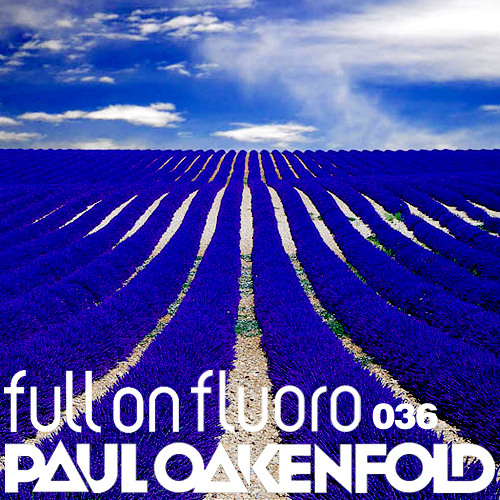 I remember the first Full On Fluoro posting when this started in 2011. I was actually on a random Oakenfold binge, having been obsessed with Gamemaster by Lost Tribe off tranceport for a few weeks. The idea that Oakenfold was showing back up, on Soundcloud (which was relatively tiny compared to its size now) of all places, made me so happy. I’ve listened to most, and I’ll probably go back and listen to the rest of them over the coming months. This is proper trance. It’s a super important counter-weight to the ASOT podcasts. While Armin is the shimmering, euphoric & glittery end of Trance at times, Oakenfold’s sound bleeds psychedelic, while maintaining the driving, spectral, global feel that has been lost on some of our more recent trancelectro DJ offerings at festivals independent of Mr. Van Buuren’s amazing work (I’m looking at you W&W). This sound is no joke and I’m so glad it continues to exist to this day. Rock out your weekend & dance in the sun if you can.

(This is my New Year’s Eve review, done for Electronic Night Life. Hit up the original post here & show the blog some love for giving me some sweet access.) 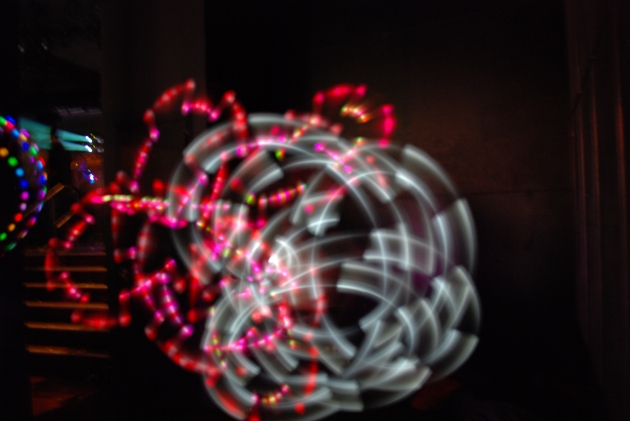 I’d always assumed Savant would be less of a baller in real life, but it seems I was wrong.While a million people were partying less than half a block away from the theater, inside & down one escalator, we found ourselves ensconced within a bubble filled with ravers, club kids, New Year’s revelers & a heaping serving of psychedelic trance, dubstep & banging electro. They were able to  create a party inside of the pocket dimension next to Times Square, where if I didn’t know better, I would assume it was just a regular night outside, and not be playing second (or third) fiddle to one of the biggest parties of the year.

By the time we’d negotiated New Year’s checkpoint after checkpoint, my companion & I were granted access to Best Buy Theater to see Infected Mushroom, Astrix & Savant. This massive performance was going to be Infected Mushroom’s first since August & Astrix’s first in years. Savant was doing excellent work when it came to revving up the crowd as he transitioned from Beatport Top 50 tracks to his symphonic but bassy self-produced tunes. The GA was eating it up, so after dealing with the New Year’s-amplified drink prices, we settled in for a long night of amazing beats & psy-focused music just as he was finishing his massive set. The set must have got the attention of hundreds of attendees who are hopefully downloading his new CD, “Orakel,” at a rapid pace in thanks for such an attentive & non-prerecorded experience.

We’d gotten the ok from security to start photographing right as the Fungusamungus stations began powering up. These spheres, the centerpiece of the Fungusamungus tour, were truly a sight to behold. 2 professional-grade projectors bathed the stage in what seemed like millions of colors, mapping complex images, shapes and color gradients to every surface on the spheres. Dudev & Erez were hidden inside, pushing the signature Infected Mushroom sound out into the theater, while the crowd got more and more excited. I’ve definitely seen Infected Mushroom perform without any of these new fangled toys, and it was a sight to behold then. This pushed past anything I’ve seen outside of Amon Tobin’s tour. Incidentally, I was informed at the show that the same group that did Tobin’s insane new set-up, did Fungusamungus. So there’s that.

The set did not disappoint. I’ve seen these guys perform for years, but not since they added their latest round of Friends on Mushrooms compilations, and a show of psychedelic rock-drenched trance was given a delightful topping of massive dubstep, electro and the odd classic that everyone seemingly knew the words to. To hear younglings chant all the words to Cities of the Future brings a tear to this old chestnut’s eye. Becoming Insane, Vicious Delicious & tracks from the later offerings including their track with Savant, kept the crowd moving.

As they finished, we began to make preparations to get a drink in between the set change, but roadies just came out, dropped decks & laptops down, then the two Israeli champions of psy-trance came out and straight DJ’d for the next half an hour, back-to-back. They hadn’t had enough so they kept doing work with the insane 3d projection work going on behind them. We got comfy and watched them slowly transition into Astrix. Who, not to be taken lightly, exploded out of the gate with some seriously stompy full-on psy-trance.

The crowd, that was clearly going to be there until the floodlights came on, whipped themselves into an even greater fury than they’d been maintaining previously. The GA spread out, people gave each other room, and the sizable remainder really began to cut loose. Everyone was amazingly happy to be there, to share the night and to get the chance to enjoy some crowd favorites until as late as they’d let us play. Enjoy my favorite track that Dudev & Erez obliterated the dance floor with below:

Great night, great way to ring in 2014, great job Best Buy Theater for handling the event with such finesse. This is Terry Gotham, see you on the dance floor. 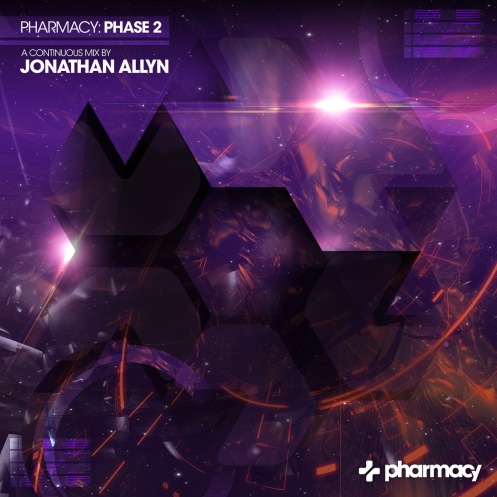 The fantastic lady editor/promoter that has been getting me some of my best event reviews dropped this in my lap and once again, she doesn’t disappoint. Jonathan Allyn definitely never showed up in my reality before because I couldn’t forget talent like this.

END_OF_DOCUMENT_TOKEN_TO_BE_REPLACED

This week, I was delighted that a very old friend of mine who DJs under the moniker Theta Waves has started mixing again. A friend who was in the theme camp I stayed at when I made it out to Burning Man in 2006, he’s been a source of quality ever since. Psychedelic trance is definitely a very finicky beast when it comes to mixing, producing and of course just simply keeping the dance floor happy. The plethora of sub-genres, high standards of the listeners, and the general clusterfuck that comes with any psy-trance party of a decent size means that it’s difficult to keep things straight, especially when the best parties have music that changes not just per DJ, but per hour.

Theta Waves brings us some great early morning progressive psy. This focus on beats, progressions, trancey chords and a distinct lack of eery, scary samples separates it from the psy you’d hear before midnight or when the DJ is attempting to scare tripping people off the dance floor. This not only enhances sober listenability, but also makes it more generally enjoyable for people who don’t have a good handle on what a psy-trance party may actually be like. Accessibility is big in dance music, especially stuff that never even approaches radio play.

One highlight on the mix that I particularly enjoyed was the seventh track mixed into the set, called “Crack Case” by Reactant.

This track is a personal favorite, as I definitely will applaud any use of poorly-conceived anti-drug marketing in EDM. This track in particular samples the after-school special from the mid-90’s, featuring Alf, Bugs Bunny, Winnie the Pooh, the Teenage Mutant Ninja Turtles and a whole host of other cartoon characters. They all combine forces to keep kids off of drugs, weed and crack specifically. While the entire idea of Michaelangelo telling kids not to get high is bafflingly hilarious, the track maintains a driving beat along with the humor of it all. It’s important to ensure kids make the right decisions, and if they’re not taking their social cues from cartoon characters, then their parents have clearly failed.

All in all, a thoroughly enjoyable mix that won’t scare away anyone who’s not too familiar with the genre, and will definitely stoke the “Damn it’s been a while since I went to a psy-trance” party sensibilities in anyone who knows what they’re listening to. Put it in your face.