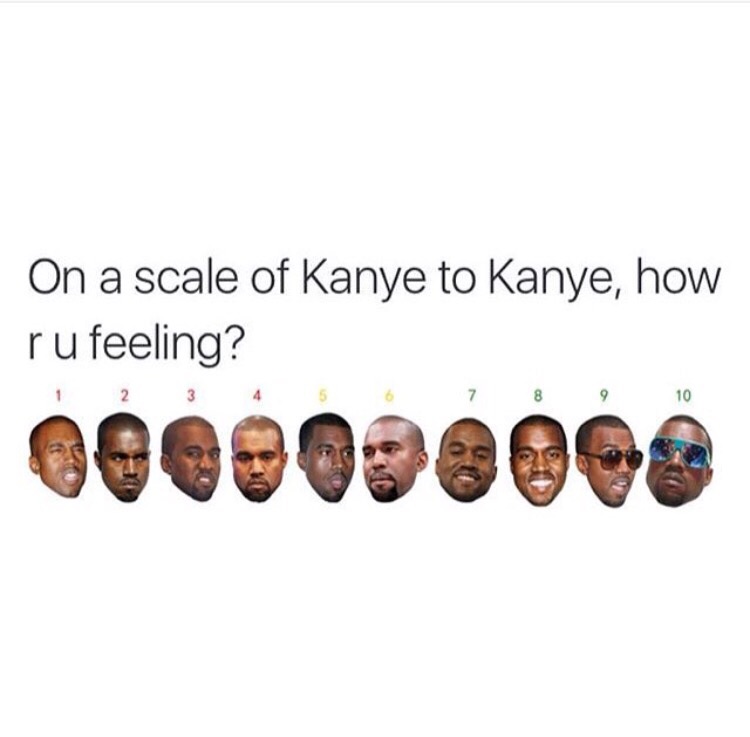 I feel like this is probably going to be useful to at least a couple of you out there. Happy Tuesday!

Kind of a crazy story here. Apparently someone was cleaning out their garage & stumbled on some old (read 2001) mixtapes from Kanye West. And we do mean old, like markers on a cdr old. This kind of stuff may not appear to all of my readers, but if you’re into hip hop beats & the stuff that made Kanye famous before he engaged Mecha Douche 3000 mode, you might like this. The first CD is in the YouTube video above, & the 2nd one can be found here. Don’t say I never gave you anything :D(via Stamp The Wax)

So, many of us have heard of Tuvan Throat singing, but a friend of mine reminded me of this ridiculousness from 2008. Combining Tuvan Throat work with hip hop, this guy looks like a bad guy from a movie Kanye tricked someone into funding. The flow seems dope enough, though we all have zero idea the hell he’s talking about. The video is bizarre in that he kind of looks like Krang (from the 90’s TMNT) and then, there’s Krang graffiti in Vladavostok, Russia, 9200+ KM from Moscow. I wonder if Sarah Palin could see this dude freestylin’ from her house. Also, Kanye Sunglasses. I’m just saying.

Carlos Serrano has been killing it for years, putting out mashup after remix, all quality. My first favorite of his was a mashup of Adele & Daft Punk that is linked below tonight’s track. Kanye & Smith are definitely not sounds I thought would go together but Serrano proves he knows what he’s doing once again. The mashup is soothing even with Kanye thrashing lyrically as he does. Carlos Serrano really does need way more attention than he’s getting. He creates these almost symphonic jams that really hit and has been doing so for a while. Here’s to hoping this soulful mashup gets some more press than I can give it. Check it out, and his previous tune below.

There’s not much to say about this besides the fact that I think this is the best use of “Bound 2” I’ve seen that doesn’t involve James Franco. I had no idea Thomas The Tank Engine’s theme goes FREAKING PERFECTLY with Kanye. Now I want to hear a series of Tank Engine melodies mashed up with Kanye, Lil Wayne, and vintage DMX. There is an entire world of crazy mashups on Soundcloud, some triumphant, others horrifying. This kind of goofy fun shit is why I love Soundcloud, and why I’m so sad that they’re clamping down, giving up the nest to Universal and generally becoming a pile of un-fun business people. If I wanted that out of a music service, I’d use iTunes. Just kidding, I’d never use iTunes.

Because that shit is acceptable to wear if your name is Kefka or Sephiroth and that’s it.

All is not well in Westeros (I’m just going to start using that to describe the land inside Kanye’s mind). Bound 2, or as the rest of us have been calling it “Boning Kim in front of a green screen,” seems to have lifted a major sample & component of the track from a previous artist without permission. Rolling Stone reports that Ricky Spicer recorded the refrain that is clearly audible in the Kanye track when he was 12 years old. Roc-A-Fella Records, Universal, Island Def-Jam & Rhino Entertainment have also been declared as defendants in the suit. This video debuted on Ellen, in one of the more confusing moves of 2013, even by Kanye’s standards. I’ll leave it up to you, the listener this is the original, 12 seconds in:

And this is Kanye’s hilariously bad music video.

Honestly, I try really hard to find the best in everything, but it seriously looks like the entire video was done with a green screen, one of those rides outside of grocery stores & a lot of vicodin. He’s got the entire creative universe at his finger tips & he chooses stock footage of mountains, a sample from 1976, a bunch of tits in your face and tortured rhymes? I hope the lawsuit goes better than the video.