I was lucky enough to speak to some emerging talent by the name of The New Tarot recently. Always a fan of lady-fronted acts, this one took me by surprise. There’s a bit of melancholy, a bit of indie, a bit of alternative and a whole lot of rock here. Take a listen, you might be surprised when you see them on the lineup at Gov Ball 2017. If you can’t wait for that, head to Le Poisson Rouge on March 26th to catch them live. )

1. How is Brooklyn treating you? Are the reports of the death of the borough greatly exaggerated?
Brooklyn is awash with the prickly pine cactus leaves of February’s desert – chewed up pine needles, sticking like burrs to the bottom of bored, lavished tongues lashing out

2. Now that you’ve got a supporting cast of musicians, do you ever mix up performing/production duties, or are your roles pretty fixed from tune to tune?
Our roles are pretty snug, but there’s plenty of room to grow. I hope we’re a great production team one day; right now recording the shit we hear in our heads is our music school and every time we walk in the studio or into a gig, we’re there to grow and to learn. Maybe that’s why we haven’t released a full length yet; we’ve been focused on the quizzes, and, yeah it’s about time to take the test.

END_OF_DOCUMENT_TOKEN_TO_BE_REPLACED

Any fan of indie, pop or alt dance should be salivating at the fact that the word Ratatat is in my title. This is some classic Ratatat right here. The guitar work doing the heavy lifting, with a clever, understated video to go along with it. Ratatat earned the opening slot at Daft Punk’s shows here in the USA for a reason. The seemingly overly simple music reveals a level of composition complexity that is rare for kids with hair as long as they’ve got. This is definitely a track not to be missed, as is whatever follows. Trust that if this is the herald of a new album or a new tour, you’ll hear about it first right here. This is their first new song since 2010, so, sit up, take note and put it into your face.

Any emotions is a surprisingly compelling indie collab between Brian Wilson & the Mini Mansions. Mini Mansions is made up of Michael Schuman, Zach Dawes & Tyler Parkford, while Brian Wilson needs absolutely no explanation. Most people have only heard of these guys as what Queens of The Stone Age does when they’re bored, they’ve managed a huge pick up here. Connecting with the sound of the sun, Brian Wilson, they’ve put together a dreamy, almost indie track that really takes off. It’s really hard to find things that still rock, but this quietly does. It’s over far too soon, but before it’s done, you get classic Brian Wilson vocals, chords that don’t disappoint, and a performance by Mini Mansions that reveres who they’re working with & doesn’t try to steal the spotlight. Kudos again to Joy of Violent Movement for the clutch tag on this. 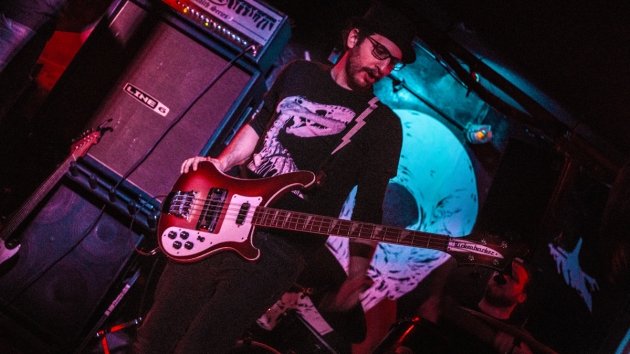 I don’t make it down to Ludlow as often as I used to anymore. I hadn’t found myself in a sweaty basement full of hard-working, hard-drinkings in a while. The allure of DJs and all of that right? A very good friend, a very old friend was performing, and I couldn’t miss it. To the point, he had given me the privilege of being my very first interview. It was a rare full band appearance, so I took my place at the bar, sipping a vintage Miller Light for effect. END_OF_DOCUMENT_TOKEN_TO_BE_REPLACED

This is wonderful. Brian Jonestown Massacre, Superchunk, Elf Power, Quasi and so much teenage angst it may drip from you speakers. I really will just let the playlist speak for itself.

Imagine you’re a college freshman in 1999, home for Thanksgiving, and you run into a cute girl from your class while out buying smokes at the 7-11, you two talk and hang out, and you put this mix on in the car while you both bitch about how lame your parents are. You might make out, but probably won’t because you’re kind of full from gross Thanksgiving food and so not in the mood, but you’ll call her the next day and probably will make out then.

If you’re not at least 29, this playlist probably sounds horrible and you have no idea what I’m talking about, but don’t worry, it’s all good. You’ll get there one day 😀

FACT is reporting that Smashing Pumpkins, out of the public eye for years, will be roaring back onto the scene. Not one but two new albums in 2015, titled Monuments To An Elegy and Day for Night. I missed the original wave of enjoying these guys with friends in school, but I can’t ignore their prominence & influence. If there’s a single coming this year, I’ll try to throw it up here. Until then, expect guitars & Billy Corgan, who has been doing some interesting stuff these days.