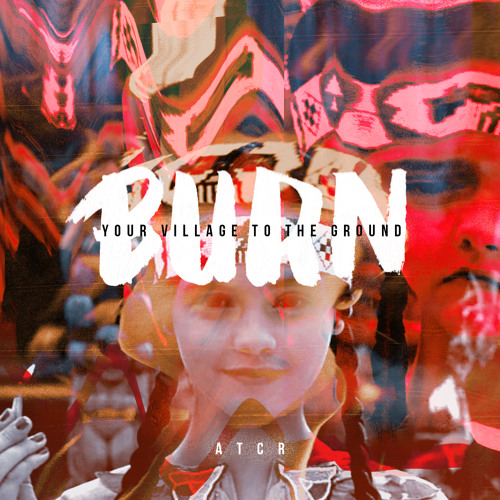 A Tribe Called Red – Burn Your Village To The Ground

This is going to rile some of y’all up, and others may just run and hide when it comes to the content matter & execution in this track. I happen too love these guys. A trio of First Nation producers, going by the name A Tribe Called Red, put this fantastic anthem track out last year to celebrate the holiday. There’s a lot of terrible shit in the history of North America, and our treatment of American Indians & First World Nation people is at the top of that shitpile. While many of us still look back longingly at the Addams Family Values movie, I bet not that many of us remember this dope speech in the middle of the movie. Definitely drop it on whoever is Thumping The Donald today. Happy Gobble Gobble y’all!

(Super honored to bring you this chat I had with rising star DJ Alex Funk. If you were at Bonnaroo last year, you know what I mean.)

1. Headed back to Bonnaroo this year? What’s on tap for 2015? I have no idea, but if they want me, I’ll be there with bells on! At Bonnaroo 2014 – as an unlisted act – I built a crowd of 200-300 people into a crowd of 5000 two nights in a row during the my set on Friday night and my set on Saturday night on the Kalliope Stage (both recordings on my SoundCloud). Skrillex showed up on Saturday after his SuperJam, liked the party and asked if he could jump on. I was drenched in sweat and dead after two insane hours, so Skrillex and Mija (OWSLA) took over and it was the surprise – now infamous – Secret Skrillex Morning Party. (Check a clip from his stupid good Bonnaroo set below)
This winter I’m really focused on the NYC after-hours scene and production, production, production – there’s no real DJ career without original music. Definitely Burning Man 2015, where I’ll have a curatorial role besides DJing at several camps.

2. Now that you’ve performed in a number of different cities in the USA, do you have preferences? Do you think one city “gets it right?” Phoenix, AZ (period). They are totally open-minded to new sounds while giving tons of respect to the history of dance music. You can hear talented local DJs like Sean Watson, DJ Ascension, Steve Hill, etc and big touring acts like Diplo, Dillon Francis, Zedd, etc…All the pieces are there.

Most local party scenes are big on “personalities”…this is nothing worse for the music. Inevitably,when the popular kids are in the DJ booth and it just becomes selfie sticks and bad bootlegs. If you want great music, ask the music nerd, not the popular kid. Phoenix respects and elevates artistic talent over personality appeal. That’s what makes it a great scene.

END_OF_DOCUMENT_TOKEN_TO_BE_REPLACED

Sometimes a track stays with you for a little while. Sometimes, you go back to a track and you find more to like about it. This is one of those tracks. Ferry Corsten has been in the trance game longer than the term EDM has existed. This original track, featuring the soaring vocal work of Haris. These kind of euphoric vibes & soulful lyrics don’t come along very often, and when they do, they’re usually saccharine or idiotic. The build is powerful, with a drop a friend of mine labeled as shockingly chill. I couldn’t agree more, and I hope this starts reminding people that breaks can sound like that. No need for the trouse or trancelectro that we’ve become used to. It can just be smooth, joyful & rambling on, like the morning sun. This is a must listen and Ferry deserves your undivided attention for this.

So, this was the first video I saw on this that pulled me in. How the hell do you keep this level of energy up? But wait, it gets better.
This Alpura mascot seems to be better than any Football mascot or half of the people that I see out at the club. But just in case you thought one of these things was enough, there’s more. Apparently this is a team between the mascot and and announcer, as this video proves. But, apparently, this is a national thing, as there’s footage of dozens of these mascots in one place rocking out to this stuff.
You’re welcome. Your Tuesday has nothing on la vache qui danse.

I believe, if left unchecked, NBOMe will damage the dance music scene on a scale that hasn’t been seen since the RAVE Act. I’ve been doing some research for the last several months, and this issue has continued to crop up. 25i, NBOMe or N-Bomb, as it’s called, has been repeatedly showing up at festivals and parties on the East Coast. At this point, NBOMe has killed more Americans than Ebola. I don’t mean to be glib, but there just in the last month there are NBOMe associated deaths reported in Boca, Boston & Mankato, Minnesota. There’s also been reports of people using/dying in Australia, but of more concern to our domestic festival attendees, TomorrowWorld may have had some of this stuff as well.

Something happened at TomorrowWorld that I think illustrates really the central issue that American festival culture needs to confront. This is a market demand issue at its core, but threads into every aspect of both festival & club culture. I was told by some people working at TomorrowWorld that rumors were going around kids needed medical transport around the time a “bad batch of LSD” seemed to hit the festival. Apparently 6 medical transports were needed to take care of people, and they had similar symptoms. This smacks of kids being sold NBOMe that’s being passed off as LSD. TomorrowWorld takes safety very seriously, but it’s very hard to prevent this kind of thing. To stress, there were no deaths, but people needed attention, because of greed & dishonesty. This isn’t even a new phenomenon. There are documented calls of “do not eat the brown acid” at Woodstock. And if you don’t believe me HERE IS THE AUDIO. 50 years later, and we’re still fighting the same fight. I think this can only be dealt with doing two things.

END_OF_DOCUMENT_TOKEN_TO_BE_REPLACED

(A month or two ago, I was given the honor of writing a long-form article about my favorite homegrown EDM DJ. Kaskade is an American hero. Peep the article and show some love to EDMTunes, who keep letting me yammer on about stuff that I love.)

I was sitting there listening to MIA to LAS (a personal favorite off Kaskade’s Atmosphere), reading about all of his music disappearing from Soundcloud when it struck me. Kaskade is one of the only producers in the industry besides maybe deadmau5 who really gets it.  Soundcloud has been bent over a table by the labels when it comes to takedown notices, even when the original creators (i.e. Kaskade and 50,000 other DJs) want them to be available. While I’ve given it up to deadmau5 here before, I wanted to take time to write a love letter to Kaskade. He, in my mind, embodies the absolute best in American dance music, much more than just being America’s Best DJ (which, he totally won last year if you forgot). Not only has he been innovating both sides of the house coin, progressive & deep, but his embrace of the exploding dance music culture in the USA over the last 5 years deserves massive respect. His recent Redux 2014 tour is astonishing and he’s working on more crazy stuff in addition to ways to get his music to his fans directly.

While he grew up in Chicago, he attended university Utah. He took a break from spinning records to serve two years on a mission for The Church of Jesus Christ of Latter-day Saints in Japan. That’s right, he served as a missionary bringing His word to the people in Japan, before Kaskade was ever a thing. After being inspired by a waterfall, he thought maybe “cascade” sounded good, so he got to work.  In 2003, “It’s You It’s Me” with the debut album pushed out, creating an amazing, smooth sound that was signature then, even though we had no idea how far he’d go. Or perhaps you did, and I tip my hat to you, EDM hipster 😀

END_OF_DOCUMENT_TOKEN_TO_BE_REPLACED

Highlights include Levels being played three times, a possible pre-recorded set, and a gaggle of 16 year olds that can barely keep their shit together during some incompetent scratching & mixing. I almost feel bad for the guy. Except then I realize he’s got 2x the fbook followers of Armin Van Buuren and I feel bad for the world instead.

Quote of the article: “9:37pm – Pauly attempts to scratch for the first (of many) times. Someplace, somewhere, DJ Shadow shudders and doesn’t know why.”

VICE dropping knowledge as usual. Fun rules, good reminders and a liberal dosage of snark for all you junior varsity party people & promoters out there.