The man is right.

Someone on Metafilter took the time out of their day to compile and EXHAUSTIVE list of The Prodigy’s performances over the last…two decades. As The Prodigy remains my favorite live act, this is a goldmine. The list of performances doesn’t include the two sets at Ultra Music Festival I attended (2006/2009) or their DC/NYC shows in the same year. Yes I’ve seen the last 4 US appearances of The Prodigy, big whoop wanna fight about it? These guys, if you’ve never heard of them, you owe it to yourself to listen to “The Fat of the Land,” “Invaders Must Die” & watch Hackers at least once in your life. Do it. Or else you’ll never hear the sonic equivalent of a soccer riot, as I call them. (h/t to Metafilter for exceptional continuing quality.) 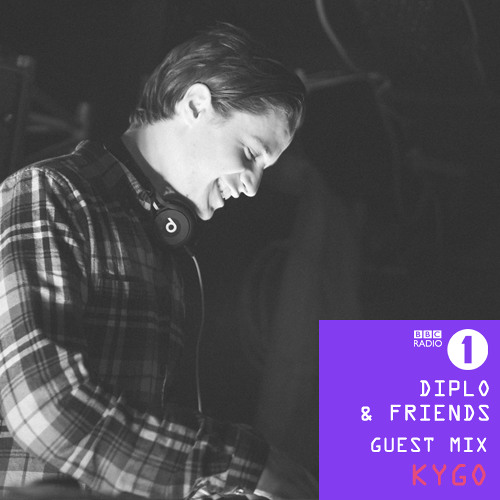 I’ve decided to add mixes into my music yammering, so we’ll see how long I can stay consistent with this. Every weekend I’m going to be choosing a live/produced mix to help you glide through the weekend with. Chill, Uptempo, Dancey, Brutal, gonna mix it up and keep focusing on stuff you probably haven’t seen posted on blergs or Facebook. This week I’m bringing you the Norway shooting star, Kygo. This kid is going to be huge this summer, you heard it here first (well, no, you probably heard it from Diplo, EDMTunes or Twitter first if you’ve been paying attention.) Put this on and dance in the sun. There’s a lush, full sound to the beats & remixes he’s putting down, and his eagerly anticipated remix for Coldplay should ignite this guy’s career. The 100bpm smooth sexiness is exactly what you need to round out the Sunday. Enjoy and check back every weekend to see what I come up with.

So, it seems one country really can make the difference when it comes to sales of an entire medium. In case you weren’t aware, the Japanese need to have it. Not a download of it, It. The purchase of the vinyl, cassette, 8track or CD has been a shot in the arm for the industry for years, with hard-to-find physical presses with bonus tracks only available in Japan (like the Random Access Memories CD with an extra track, not released anywhere else in the world). As the world slowly switches to internet-based streaming services such as Spotify, Soundcloud and Pandora, the sales took a huge hit in Japan, to the tune of a 16% drop in the country. To put that in perspective, digital consumption was up 13% in Europe. Writing’s on the wall everyone. Get your shit up for free on Soundcloud & YouTube. Ain’t no one buying your CD until they see you at a show. (via FACT)

The BBC reports that jailed, hunger striking member of the punk band Pussy Riot, Nadezhda Tolokonnikova has gone missing. Her husband states he’s not gotten any information on his wife’s whereabouts since she was moved 10 days ago. He spoke to Buzzfeed as well, and their article was published yesterday.

For the first time as far as I can tell, a club will be testing any drugs confiscated to check for bunk pills, bad molly, stepped-on cocaine, and other harmful substances. This is in response to the death of a 25 year old during a party in late Sept. in Manchester.

The results will be sent out via social media/text messages to the party-goers in the club, so they can ensure they don’t buy or take any bad drugs. While this seems like a no-brainer, this type of action would leave a club or party open to criminal liability under the RAVE Act here in the USA.

Here is to hoping something comes of this, and the authorities on this side of the pond come to their senses.

Each year, 25 albums are selected to be added to the Library of Congress that are deemed “historically” or “culturally” significant. In addition to The Twist (Chubby Checker), the original cast album of South Pacific the musical & the soundtrack to the movie Saturday Night Fever, The Dark Side of the Moon was added, receiving the highest number of public votes.

I’m not sure how to stress how important a recognition this is. The Dark Side of the Moon is one of those albums that means so much to so many people, decade after decade, that its contribution to the UK, USA & world-wide rock and psychedelic scenes cannot be overstated. My kids will probably listen to it in college and then have to pretend they don’t know what it’s about when I ask them about their experiences on campus on holidays.

Get at this ripped/totally illegal upload of the album by some random Youtuber, just in case you needed a little nostalgia. No guarantees for how long it stays up there without getting a DMCA notice, but frankly, if you don’t own the album, do yourself a favor and change that. Then sit back, relax and let it envelop your reality.

This week, I am delighted to bring you this amazing new mix that Annie Mac delivered up to us this Sunday past. If you don’t know who Rudimental is, you should peep the November Earworm of the Month & some of the better D&B shout outs coming out of the UK (If you don’t know who Annie Mac is, you should…buy headphones for the first time. I’m not sure how you can listen to EDM and not have an awareness of Annie Mac & her importance to the world-wide dance scene.). Rudimental showed up and dropped this 26min mix for BBC Radio 1 and it’s just a delightful little bite of what we can be expecting from quality artists this summer.

The mix is only 9 tracks long, and only features 3 Rudimental tracks. This is a perfect example of what the US has never experienced when it comes to the proliferation of EDM culture and really has only gotten experienced by Americans at good after-parties and the unicorn of all sets.  This being the early-career live-mix by the talent, as opposed to some pre-generated track-list that never get recorded and just exist to blow the minds of people who heard them. The stoop-side freestyles of MCA & the Beasties, early underground shit that Eminem dropped, sets that the two guys that went on to become Daft Punk did before they turned into robots, these are just a few examples of “if you weren’t there, you missed it” shows. This is one of those sets that, if/when Rudimental blows up, you’ll be able to point to a moment and go “wow, they used to be new at this.” It feels so real. It’s not a studio mix, but that’s what’s fun. There’s an intoxicated “this is a party” feel to it. In addition to the surprising Harlem Shake drop. I wasn’t aware it was a dance floor standard, but it works quite well, and I’m starting to understand why there are approximately 451,000 Harlem Shake youtube videos.

The mix moves along pretty well with a breakdown for bassy/grindy goodness at a few points, but then we get a special treat. A live studio performance of I know is going to be a massive track “Waiting All Night” ft. Ella Eyre . I’ve not heard a live studio performance of a track since the last time I paid for one. A fantastic way to both get a new track out there, and reward Radio 1 listeners by providing them with something they’ll probably never hear again. The single is below, the mix is above. Listen to both and understand the difference between live & mastered 😀