Summer has arrived all at once! To celebrate the long weekend, new tunes from Krewella & Hybrid Minds, two rising stars Prismo & the 16yr old rising star Petit Biscuit, and a hilarious send up of “going out” anthems by Sarah Silverman I somehow missed from 2013. Bomp these tunes in the office if you’re working, or by the pool if you’ve taken the day!

Rishty continues reminding everyone why you can’t miss his posts on TSIS. I’m really hoping the Houston native Prismo makes it out to the East Coast, as his production chops are stellar. Coexist manages to be bassy, poppy & fest anthemy at the same time. Guitar chords, strong vocals and a delicious punchy bassline make for a fantastic introduction to Prismo. Now I really want to know if the name comes from Adventure Time, don’t you?

When a producer clears 100k followers on Soundcloud, smart bloggers take notice. When a producer clears 100k before they’re 17 years old & reaches #1 on the French iTunes Electronic charts with his last single, you put down the bong and press repeat. Petit Biscuit needs to get on your radar right now. The kind of smoothness evokes some strong feelings of Kygo, but it’s distinctly not tropical. To be clear, the piano and guitar is all him, so let’s make sure we don’t think of him as a bedroom producer. A fantastic, shimmering tune that glides along in the sun, with drizzles of vocals and hopeful xylophone vibes. Is that a thing? Cause if it’s not, it should be.
Krewella’s first long-form release since the departure of Rainman made a bit of a splash recently, getting the coverage the headliner deserves from the EDM blogosphere. While a lot of sites showcased the one or two main singles, the 2nd half of the album really caught my eye. Marching On specifically. The combo of their signature vocals & post-EDM sensibility layers over a blues’y back beat. I think it’s a sleeper track that’s going to find its way into a bunch of festivals this summer. DJs will drop the almost rock, almost hymnal break into their sets to keep the energy going without laying on the cheese, you’ll see.
I fucking love Hybrid Minds. They make some of the best, smoothest drum & bass I’ve ever heard, and I listen to a LOT of d&b. Their new releases are consumed almost instantly, and Fade was no exception. Gorgeous piano work supports Katie’s Ambition, who provides excellent vocal tracking in her own right. Add onto that a drum & bass beat that has been perfected by Hybrid Minds to be as heavy as it can be without being aggro. Delightful from start to finish.
And now, for something completely different. Sarah Silverman employs Will.i.am and drops a send-up of “Shit’s Gonna Be Epic” anthem tracks that I cannot believe I missed in 2013. This shit is kind of hysterical, with Sarah littering the music video with her signature gross-out, snarky & profoundly true opinions. I’m not going to spoil any of it, so get at it, then shout her out on Twitter. Don’t ping Will, cause he can stay in 2013.

Too many Drum & Bass artists to name on this week’s Mix. Maduk of Liquicity fame has served up a fantastic trip down memory lane for us liquid fantatics. There’s a lot to love here, with tracks from Stan SB, Feint, Rameses B & like a dozen other artists. This is to celebrate their new compilation “Memories.” A good idea, as this allows them to get all of your (and my) favorite tracks from years of listening in one place. 30 of the best liquid tracks in years, and the compilation comes with a big 76min mix as well. The preview mix that’s posted here is just a taste to whet the appetite and honestly, it does exactly that. Tracks I’ve not heard in years, and others I’ve never heard, flow smoothly together as Maduk does work getting the word out about this compilation.  So I want to give them money for it all. Which, you should do as well.

Get in on the ground floor ladies & gentlemen. If you’re looking for another YouTube stream to get the soothing, more chill side of the dance music spectrum, MellowEDM is off to a great start. If you wanted to learn about how to produce a channel like MrSuicideSheep, just watch this one rise. If they can keep cranking out fantastic, chilled out remixes of some amazing tunes and the interesting artists I’ve never heard of before, there won’t be anything stopping them. Klrx & Hybrid Minds are just two of the crazy good artists featured on the channel and I think it’s less than a week old. You know what to do, especially to smooth your way into Monday.

Hybrid Minds does wonderful, wonderful things when it comes to drum & bass. They consistently kill it in the liquid space, in a triumphant, symphonic way over and over. This track is no exception. The meditative kick drums & the bassline melt into the vocals that shine through the darkness. Summer Rain is another proof that Liquid can be bursting with feels as it were. It’s hard to describe how different this sounds comparable to what most people think of in their heads when you say “drum & bass” and I think that’s to the genre’s detriment. This is the stuff that people should be introducing the genre to their friends using, maybe saving the gas mask & camouflage hoodie music for a little later in their listening career. If you want to patronize the Hybrid Minds soundcloud instead of the Liquicity YouTube, that’s below as well. I’m all into this track, and since it’s from 2012, this officially counts as throwback thursday. Happy Turkey Day y’all, groove in your gluttony to this 😀 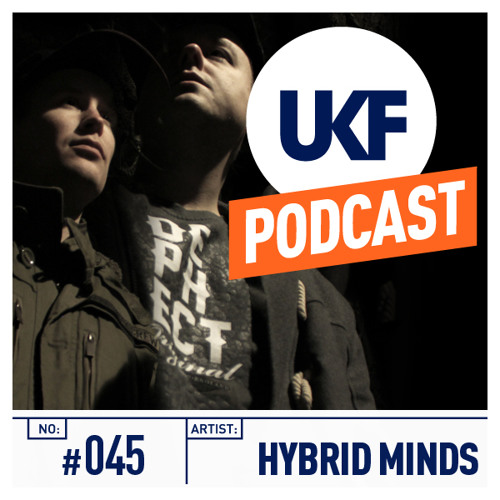 This weekend, I went digging for one of my favorite UKF podcasts from a bit earlier this year. Hybrid Minds is one of the best drum & bass groups you’ve probably never heard of. They put together some amazing tracks over the last couple of years, and I’m so glad that finally, they’re starting to get some exposure around the globe. To that end, check out this hour long mix they did for UKF, one of my favorite labels across the pond. Flipping between liquid, hard, and vocal drum & bass like they’re turning a dial on a radio (people still have radios right?), these guys deserve your attention. Hit em up & show some love on the Soundcloud, Facebook & Twitter if you agree.