(I have been waiting to do this interview for years now. Mohawk is a luminary in the NYC underground scene, my boss at New York DanceSafe , a spectacular dancer & a generally all around stupendous person. She’s throwing a party that you need to go to, and I’ll be giving two tickets away, so you have no excuse. But before you do, kick back and enjoy this long-form conversation with someone who is fielding a tactical force to keep your sorry butt alive if you’re partying in the Tri-State area.)

1. How is the party coming along? Any new surprises to announce, or should we just show up and find out? The party is pretty much ready to go and we’re in our last week of ramped up promotion. I wouldn’t say there are true “surprises”, however I’m sure many people are hearing about the party through different sources, so beyond the musical talent we’ll have on board, the additional performers, vendors, and workshops might come as a surprise to many. We’ve been making announcements a few times a week, highlighting some of what’s to come. We don’t expect everyone to keep up with these announcements, but we definitely want to showcase all that we have in store. It’s getting pretty late in the game and we still have people wanting to take part in the festivities. Don’t bank on this type of event happening again–we host events with specific objectives and move forward from there. It’s a “launch party” of sorts, so come find out for yourself and see what it’s all about!

2. You’ve been doing harm reduction for a long time, have you seen any changes in the work/scene that you’d see as positive? Any worrying trends you are trying to sound the alarm about? I’d like to preface this answer first: I really only have visibility of what’s happening in NYC. In doing this work with a nationally represented organization, a lot of people assume that we all see the same things or face the same problems. This is not necessarily the case, so I’ve chosen to take the New York chapter in different directions based on what we learn each year. The good news is, people overall are becoming more “hip” to testing. People want kits! The worrying thing about this is that, people forget that drug use comes with risks beyond just the potential of ingesting the “wrong” drugs by accident. An obvious worrisome trend is how much do we need to fear fentanyl popping up in drugs, especially non-opioids? This is one with a lot of hysteria around it right now. It takes a lot of work to keep the most accurate information in circulation and weed out the sensationalism and myths.

END_OF_DOCUMENT_TOKEN_TO_BE_REPLACED

It’s March, it’s Monday, so let’s get to the music! A couple of UK releases, dopeness from Monstercat, and a blast from the past awaits!

It’s been a pleasure to keep tabs on Tristram for the last three years. One of the first post-EDM producers I discovered, his work is always top notch, guaranteeing he got picked up by Monstercat in short order. After a brief hiatus, he’s back and we’re all better for it. This deep indietronica cut reminds me of Innerpartysystem & a number of fusion acts I’ve seen over the last couple of years. Superb composition and sharp execution as always.
Millions is a gorgeous, understated tune that builds into an exceptionally minimal crescendo. It’s a 6min experiment in what can be done with almost nothing. A couple of piano chords, a dope house beat, and a driving tempo.Kim Brown making it happen, thanks to Stamp The Wax for making sure I didn’t miss it.

Boombox Cartel came out of nowhere with this one. Stalking Gia & Boombox Cartel need to collaborate way more often if this is the product. Front & center is the Stalking Gia vocals, showcased & tuned perfectly. The Future Bass vibe that follows is a great one. Massive, optimistic & just a touch of a west coast to compliment the bass. It’s way too synthetic to be Indietronica, but seems too anthem-y for Future Bass. Either way you slice it, great tune & great work by Boombox Cartel.

When some think of garage, they think of Zed Bias. This footwork-y/garage-y tune features hypnotic vocals by Zoe Violet, and gives the footwork fan a lot to work with here. Issued by dBridge’s label Exit Records, the fast/slow melody pulls you along, as the chord work & soothing undertones help you drift off. Great work, definitely something to pick up if you’re a vinyl or dBridge enthusiast.

Rounding out the group is something wonderful for all you classic Trance fans out there. Mauro Picotto was essentially a household name in the 2000s (if your household had the entire In Search of Sunrise compilation set by Tiesto and remember when Sensation had a White & a Black). I don’t know if he’s come out of retirement or if he just never went away, but this is vintage as all get out. Passion has a classic piano vibe and there’s even an extended classics mix on the EP. Turn it on, and let the nostalgia wash over you. If you try really hard, you can almost hear the Y2K fear mongering.

Music that makes me sit up in my chair, music that’s different than anything I’ve heard before, that’s what I’m here for. Tielsie does some amazing work in what I can only describe as the future footwork space. This kind of stuff isn’t for the faint of heart, but it’s some of the most inventive post-hardcore sounds I’ve heard in a long time. DJ Clap (aka John Luke) adds his own signature chipcore sound to a tune from Tielsie called Hueboy. It starts off soothing, but then ramps up in energy to the point where it’s essentially vibrating. 1:40 to 2:11 is the future footwork that is unmatched by any. However, 2:11 exceeds even that, giving me the sonic equivalent of running inside of a Mega Man X cartridge. This is so frenetic it’s almost downright soothing. When things got too crazy or frenetic over the past month, I’ve thrown this into my face & drifted away. Everything else melts away. Steel yourself for June!

Bonus! The original track by Tielsie is below! Enjoy them both, but watch out, they bite 🙂

This is a good one y’all, but it may be a bit too future for some of you. I promised I’d spend 2015 finding even less retail & more underground music than I have in the last year or so, so this is me taking a big chomp out of the new year. Slow Magic has been on that massive yet chilled tip for a while now, with his year end mix not disappointing. Dope shit from Yung Lean & Yung Gud, an almost baroque bass tune from Photay and some amazing work by Tielsie. This French footwork artist is blowing my spot up and I’ll be yammering about them later in the week. The mix finishes out with a premiere of a new DJ Clap remix, with the whole thing being a Free Download. So seriously, what else do you want to kick your January in the right direction? 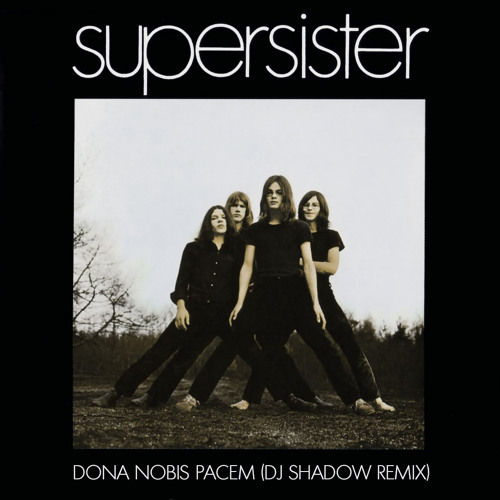 To round out your weekend, I’ve got more than 45min of some glorious jungle’y footwork for you. Footwork is a Chigago-spawned genre that has in turn, spawned an entirely new dance craze in the Windy City. Add some delicious old-school jungle to the sound, and there’s a lot of UK + Chicago fast/slow action going on here. The mix is definitely good for both headphones and for jumping around, in case you’ve got a Sunday night Dance Party going down. I got this from one of my super awesome DJ friends, TygerLily, who if you haven’t, you need to check out. She’s wonderful and I have all of the good feelings for her and her amazing taste. Do it up here & see y’all in a few hours 😀